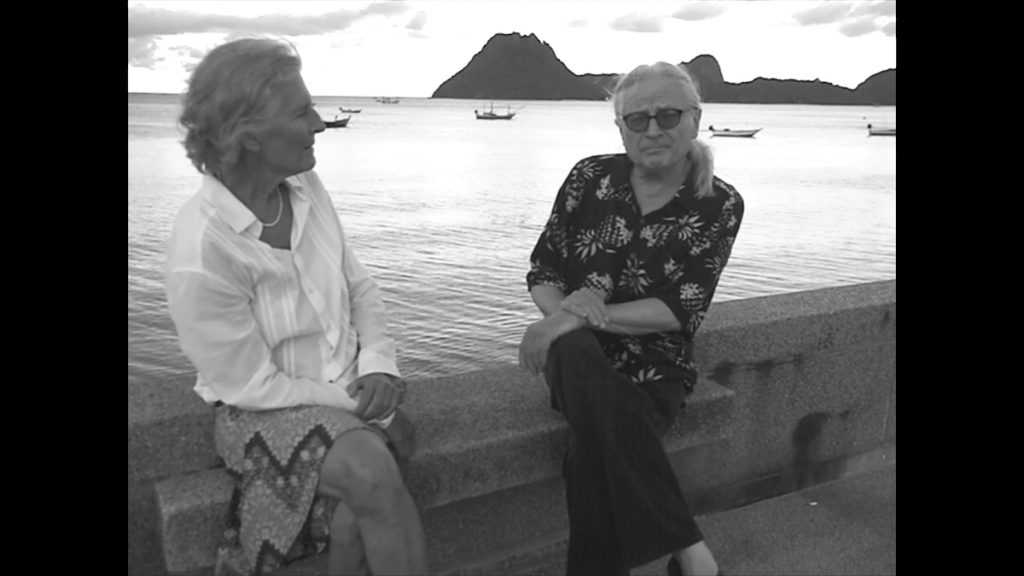 The work of a group of local poets will be featured at a major international poetry festival which is due to take place later this year.

The 10th annual International Video Poetry Film Festival will be held in Greece at the end of September and is one of the largest international platforms for video poetry.

According to its website, the International Video Poetry Festival in Athens attempts to create an open public space for the creative expression of all tendencies and streams of contemporary visual poetry.

Every year, it offers poets, film directors, video artists and festival makers from all over the world a platform for creative exchange, brainstorming and meeting with a broad audience. 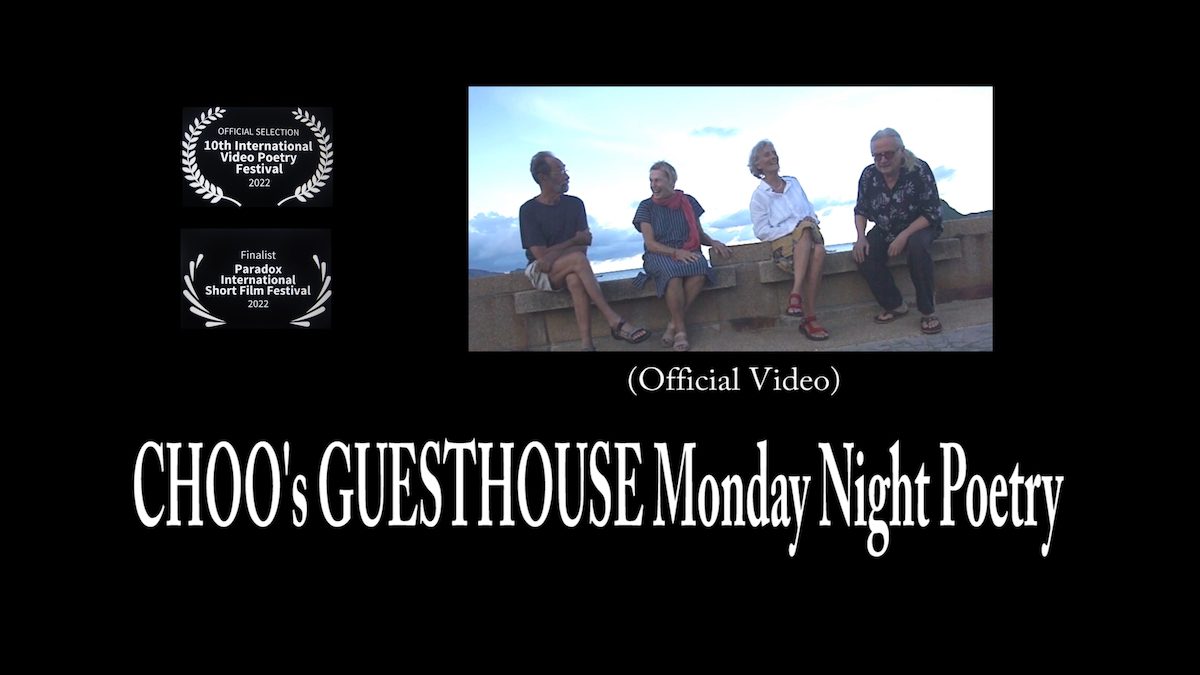 The poetry group in Ao Manao, which features writers Sandra Wright, Barbara Faulconer, Andrew Meserth and Richard Ypenberg, formed at the beginning of the pandemic.

All the members of the group share a passion for poetry and writing.

Richard, a former Bangkok Post journalist, has been writing poetry throughout his life, while Sandra self-published her art and poems in a book titled She Be Queen. Barbara, also an artist and photographer, has taught writing and writes poetry and prose.

While there are so many stories of the pandemic keeping people apart, it was the pandemic which actually brought this particular group together.

Members Sandra, Richard and Barbara had all been due to travel overseas but suddenly found themselves in Ao Manao, unable to leave Thailand.

“I had been teaching poetry at Payap University in Chiang Mai and have visited Ao Manao every year”, Sandra Wright told Hua Hin Today.

What was meant to be a two week break in Ao Manao resulted in a near two year stay for Sandra, who had even sent boxes of belongings back to the United States in preparation for her leaving.

“I had a ticket to return to America but it got canceled so I stayed in Ao Manao and I couldn’t be happier”.

It was a similar situation for fellow writers Richard and Barbara who had been due to travel to Portugal when the pandemic hit.

Having all found themselves in Ao Manao, the group bonded over their love of poetry and began holding weekly sessions at the nearby Choo’s Guesthouse, which plays a starring role in their video.

The sessions would see each of the members share their poetry and writings with one another.

They then started to collaborate and the idea to make a short film was born.

Writer Andrew Meserth, who has some previous experience with video making, suggested producing a video to accompany the group’s work.

Prior to living in Thailand, Andrew had spent 20 years in Korea where he worked as an English teacher and also wrote a song about the Korean university games which gained national recognition among students throughout the country.

After teaching English he then began making music videos and was able to tap into his expertise to create a video to help showcase their poetry.

With the restrictions in place due to COVID having brought the group together, Andrew saw the pandemic as inspiration for the video.

“I mentioned that I would like to create a video about something to do with the COVID experience, so that’s what I did”, Andrew said, who also wrote all the music for the video.

Fellow group member Barbara then began sharing videos from other poets whose work had been featured at the International Video Poetry Film Festival.

Andrew said he believed the group’s work was good enough to feature in the festival and formally submitted the video for inclusion.

Not only was the submission accepted, Andrew received correspondence from the organisers to say the video had been selected as one of the finalists at the festival.

The group are now eagerly awaiting to find out how their video will fare at this year’s event.

The video, titled CHOO’s GUESTHOUSE: Monday Night Poetry, was shot at various locations around Ao Manao and took over one year to produce and edit. Other members of the group as well as friends and people living locally also feature in the video.

The 10th annual International Video Poetry Festival will be held in Athens from September 30 to October 1, 2022.